Every time you meditate on emptiness you purify so much negative karma that it’s as if you’d dropped an atomic bomb. The text Roaring Sound of the Snow Lion [1] explains that if somebody were to build stūpas of the seven types of precious jewels and then fill the universe of the great thousand of the three thousand (what Western science calls galaxies) with them, the merit obtained would be great beyond measure. But such merit is exceeded by fearlessly, and with patience, meditating on profound emptiness for the period of time it takes to snap your fingers just once. Suddenly, what appeared in the first case to be great merit becomes very small.

The Meeting of Father and Son Sūtra [2] also mentions that the amount of merit accumulated from practicing the five pāramitās of charity, morality, patience, joyous effort and concentration for ten eons is greatly exceeded by listening to teachings on emptiness.[3] Consider how difficult it is to live in pure morality for just one year to really appreciate this. Simply examine your mind. The point I am making is that by merely listening to teachings on emptiness you accumulate unbelievable merit, causes of happiness and good karma. 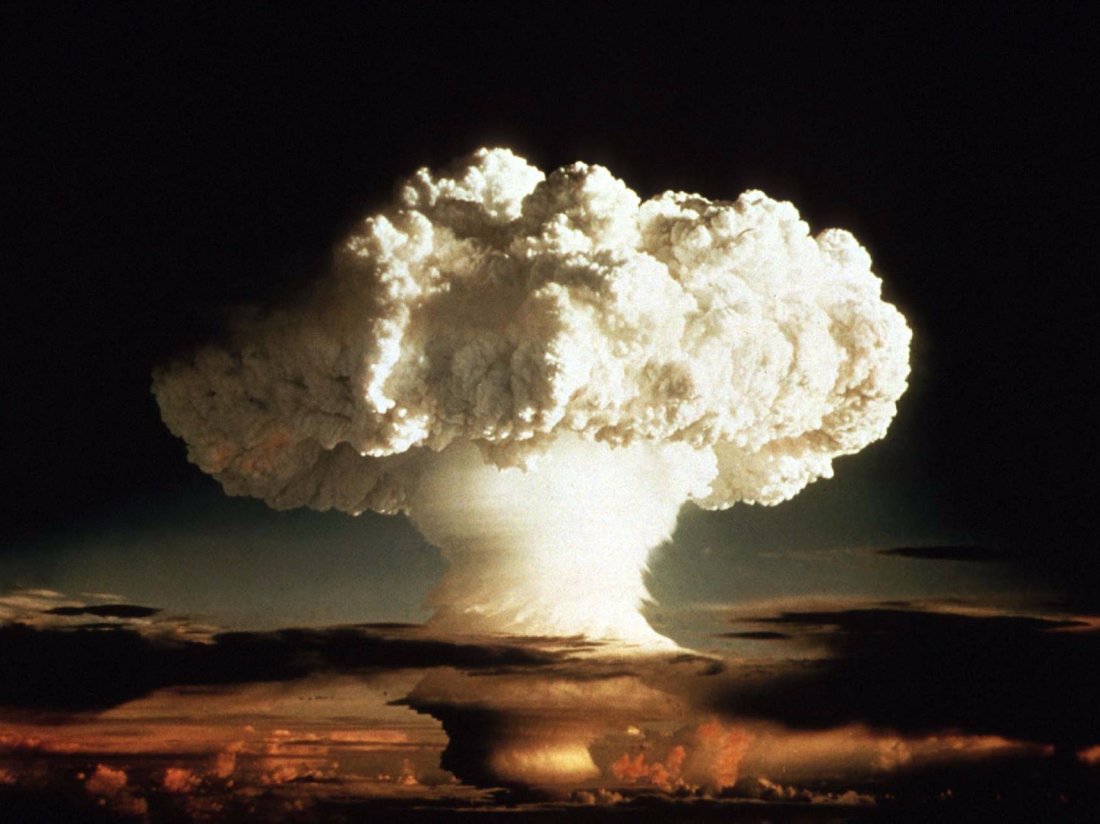 Considering this, we should realize how unbelievably fortunate we are. Leaving aside the opportunity to study, reflect and meditate on emptiness, just to hear a few lines from the perfection of wisdom sūtras,[4] let alone a complete teaching, is extremely rare. Without considering other types of sentient beings who are nonhuman, such as animals and so forth, even in the various universes where there are so many beings, very few have this opportunity. Even if they live for a hundred years, even if they live for two hundred years, no matter how long they live, they have neither the karma nor the opportunity to hear one single stanza of teaching on the wisdom gone beyond.[5] Nor will the positive imprint for realizing emptiness arising from hearing that one stanza occur for them in the future.

It is said that simply generating faith in emptiness or having the interest or wish to realize it enables us to purify the ten nonvirtues, heavy negative karmas such as the five uninterrupted negative karmas,[6] degenerated vows of the pratimokṣa and so forth. Just the wish to hear the prajñāpāramitā path purifies eons of negative karma accumulated in past lives[7] and meditating on emptiness for even one second is even more powerful. This is why the sūtra teachings recommend that we make every effort to understand emptiness. Also, by simply making offerings to śūnyatā teachings such as Prajñāpāramitā texts, we accumulate unbelievable merit, so what need to mention the vast merit created by composing them.[8]

The Diamond Cutter Sūtra mentions that memorizing one stanza of Dharma revealing emptiness accumulates far greater merit than offering to the Buddha worlds filled with the seven types of precious jewels and equal in number to the grains of sand of Ganges rivers themselves equal in number to the number of atoms of water in worlds as numerous as the grains of sand in the Ganges River.[9] As great as the merit of making such an offering is, it becomes almost insignificant compared to the merit created by memorizing one stanza on emptiness.

Then, just by generating faith in these teachings we purify the ten nonvirtuous actions and the five uninterrupted karmas and degenerated morality. Inconceivable benefits arise from just this faith, or wish. Even by listening to the teachings on emptiness and understanding the meaning of dependent arising, we begin to liberate ourselves from saṃsāra. Then, if we write out Prajñāpāramitā scriptures or make offerings to them by prostrating with our body or with our voice by reciting and memorizing them, we accumulate infinite great merit and purify downfalls.[10]

Revealing the teachings on emptiness to one sentient being is greater yet again than what you gather by listening to teachings on emptiness for ten eons. Greater yet again is actually meditating on emptiness. The Buddha told his heart disciple Śāripūtra, who was excellent in wisdom (the other arhat, Maudgalyāyana was excellent in psychic power), that ten eons spent revealing the teachings on emptiness to others is surpassed by a finger-snap’s worth of meditation. If you filled up the three galaxies with stūpas composed of precious jewels, diamonds and gold, each as large as Mount Meru, and made offerings of them, the amount of merit you would create would be inconceivable, but it would be surpassed by the merit accumulated by meditating on emptiness for the duration of that single finger-snap.[11]

I thought to bring up this issue of the advantages at this time.

[3] The reference to “emptiness” in this context corresponds to the sixth pāramitā, the perfection of wisdom.

[4] Lama Zopa Rinpoche is referring to the prajñāpāramitā sūtras.

[5] Both ‘wisdom gone beyond’ and ‘perfection of wisdom’ are translations of prajñāpāramitā. Prajñā means wisdom, while pāramitā refers to “perfection” or “gone beyond.”

[6] The five are murdering one’s mother, one’s father or a liberated being who has overcome internal enemies; causing a schism in the saṅgha community; and with the harmful intention of murder, drawing the blood of a buddha. See Geshe Ngawang Dhargyey, An Anthology of Well-Spoken Advice, (Dharamsala: LTWA, 2001), 110–11. See ibid., 229–41 for a detailed explanation of the ten nonvirtues.

[7] Prajñāpāramitā path (lam sher phin) refers to the bodhisattva’s path or the graduated path of the Perfection Vehicle (phar phyin theg pa, pāramitāyāna). Concerning the advantages, in Illumination of the Thought, Extensive Explanation of (Candrakīrti’s) “Entrance to (Nāgārjuna’s) ‘Treatise on the Middle Way,’” Tsongkhapa quotes The Treasury of the One Gone Thus Sūtra (de bzhin gshegs pa’i mdzod kyi mdo): “A living being—who, possessing all these, enters into the doctrine of selflessness and has faith and belief that all phenomena are from the beginning pure—does not go to a bad rebirth.” Also, the Chapter on Taming Demons (bdud ’dul ba’i le’u) says, “A monk—who knows all phenomena as utterly subdued [of inherent existence] and knows that the extremes, which are the origins of faults, are also devoid of inherent existence—is free of contrition for faults that have occurred and consistently does not commit them. Therefore, if even deeds of immediate retribution [that is, those most vile actions causing one to take rebirth in a hell immediately after death] are overwhelmed [through knowledge of emptiness], what is there to say about [its over-whelming] the trifling [faults] of wrongly engaging in rites and ethics?” Klein, Path, 161–62.

[9] Āryavajrachchedikānāmamahāyānasūtra (’phags pa shes rab kyi pha rol tu phyin pa rdo rje gcod pa zhes bya ba theg pa chen po’i mdo. P739, Vol. 21. The Diamond Cutter Sūtra gives multiple variants of this Ganges River sand grain analogy. Lama Zopa Rinpoche often verbally plays and riffs for some considerable time with the (comic) possibilities afforded by such mind-boggling exponential extension. Tsongkhapa quotes as follows: “The Supramundane Victor said, ‘What do you think, Subhūti? If the banks of the river Ganges themselves became as numerous as the grains of sand on the banks of the Ganges, would their grains of sand be many?’ Subhūti replied, ‘Supramundane Victor, since even [the banks] which would be as numerous as the grains of sand of the Ganges would be many, what is there to say about the grains of sand on those [banks]!’ The Supramundane Victor said, ‘Subhūti, I will instruct you; you will understand. If a certain man or a woman completely filled worldly realms as numerous as the grains of sand on those banks of the Ganges with the seven varieties of precious objects and gave these to the One Gone Thus, would that man or woman thereby develop much merit or not?’ Subhūti replied, ‘Supramundane Victor, it would be much; it would be much, One Gone to Bliss.’ The Supramundane Victor said, ‘If someone retains [in memory] merely a stanza of four lines from this rendition of the teaching and also teaches it to others, much more merit than that is generated.’ Klein, Path, 161. For the root text, see The Exalted Mahāyāna Sūtra on the Wisdom Gone Beyond called The Vajra Cutter (Portland: FPMT, 2011), 11–12.

[10] Similarly, Jampa Gyatso explains, “The Sutra of Subhatracha [not quoted in Illumination] says that whether one touches, recites, or gives teachings, the fully ripened fruit of that is unimaginable. Thus one should not generate doubt towards supreme enlightenment. Holding the scriptures of emptiness in your hand brings also a great benefit or accumulation of great merit. ‘To touch’ has the meaning of keeping the Prajnaparamita on one’s altar to make offerings, to pay respect. It is said that wherever the precious Prajnaparamita is recited marks the boundary of the Dharma. Even though according to geographical location that place may be on the frontier, from the Dharma point of view of demarcating the land it is said to be a central land.” Jampa Gyatso, Transcripts of the Oral Commentary to Supplement to the ‘Middle Way’ [etc.].” FPMT Masters Program Material, 1985–91, 202. He adds that “Even just keeping the texts on emptiness in one’s room is greatly beneficial” (ibid.).

[11] Gyumed Khensur Lobsang Jampa writes, “In the Sutra Bestowed to Kumara Ratnadatta, the Buddha said, ‘Manjushri, if someone listens to this teaching even with doubt, that one accumulates more merit than bodhisattvas practicing the six perfections for hundreds of thousands of eons without skillful means. What need is there to mention if someone listens to it without doubt.’” The Easy Path (Boston: Wisdom, 2013), 241.